One of the big issues for CRA is your residency or more formally, “Where are you resident for tax purposes”? The reason being that you are taxed by your country of residency in most jurisdictions, except in the USA where your are taxed on citizenship.

If you are not a resident of Canada you are not taxable by CRA. Therefore they take great pains to void your non-residency. There is a 4 page form (NR 73) that you need to fill out to determine your residency and even if they declare you a non-resident for tax purposes they will inform you that their adjudication is not binding on them.

You can’t become non-resident by just leaving Canada. CRA has a court case that showed a Newfoundland merchant mariner was not non-resident in Canada although he had never set foot in Canada for five years. You have to take steps to extinguish your Canadian residency as described in “Take Your Money& Run”.  Unless you do you will fall afoul of CRA’s rule that unless you’ve changed your residency you are resident in the last place your resided. For the uninformed Canadian that is Canada. That makes it easy for CRA to keep the ranks of taxpayers full.

But what if being a resident of Canada is tax beneficial for you? A strange situation like that occurred for a family from Alberta that went to China for nine years to teach English. They never applied to become resident of China and were careful to maintain their Canadian residency so as to minimize their tax liabilities. Not so fast says CRA, if the benefits of residency accrue to you then you are non-resident. 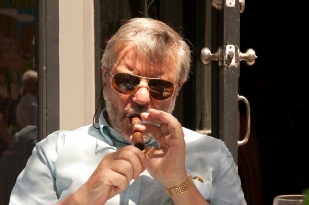